< Planning context and introductions / A nature-led development / The developing vision >

This area is home to a rich variety of landscapes, habitats and species. The proposals protect and enhance these special locations and the species that call them home. Part of this approach will be to provide over 70 hectares (173 acres) of new park and woodland, which will be designed to act as a buffer: attracting and supporting people to get out and enjoy nature, while protecting the more sensitive habitat areas. 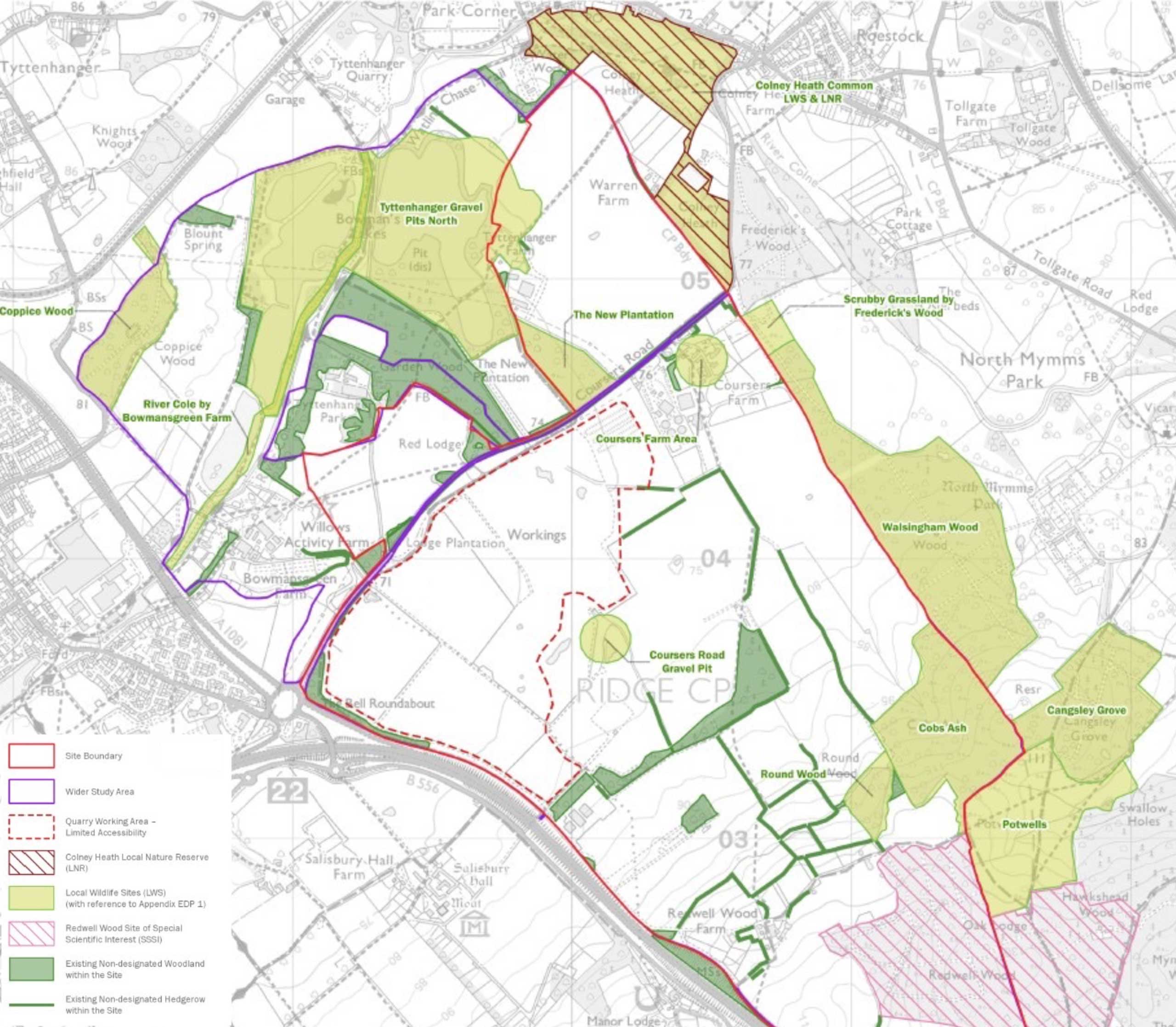 Key local sites for nature in and around the development are shown above. These have formed the starting point of the plans to ensure they are protected and enhanced.

Some core principles we have developed to support our work so far include:

All ancient seminatural woodland will be preserved and provided with at least a 30– 50m buffer. Newer woodland will have a minimum 20m buffer. Working with local partners, the detailed design of paths, information boards and features will encourage people away from the most sensitive habitats.

The hedgerow and trees network will be strengthened with infill planting and managed for nature. Its veteran trees will be celebrated as focal points around the development.

Many of the existing water features are in poor condition, frequently drying out and heavily overgrown. These will be enhanced and supported by a wider sustainable water management approach, which will see the existing stream reprofiled and planted to create a valuable wildlife corridor. Enhancement of the existing ditches will also create a network of blue (water) infrastructure, connecting across the wider area, providing both sustainable water management systems, and important wetland habitats for nature.

Alongside the existing woodland, the development would bring forward a major new tree planting programme as part of the Watling Chase Community Forest. With all they do for carbon reduction, nature and people, we have an aspiration to plant thousands of new trees within the lifetime of the development.

Trees being planted will be drawn from species already occurring in the local area. We will also look at species that are able to tolerate the changing climate, as well as support the absorption of carbon. 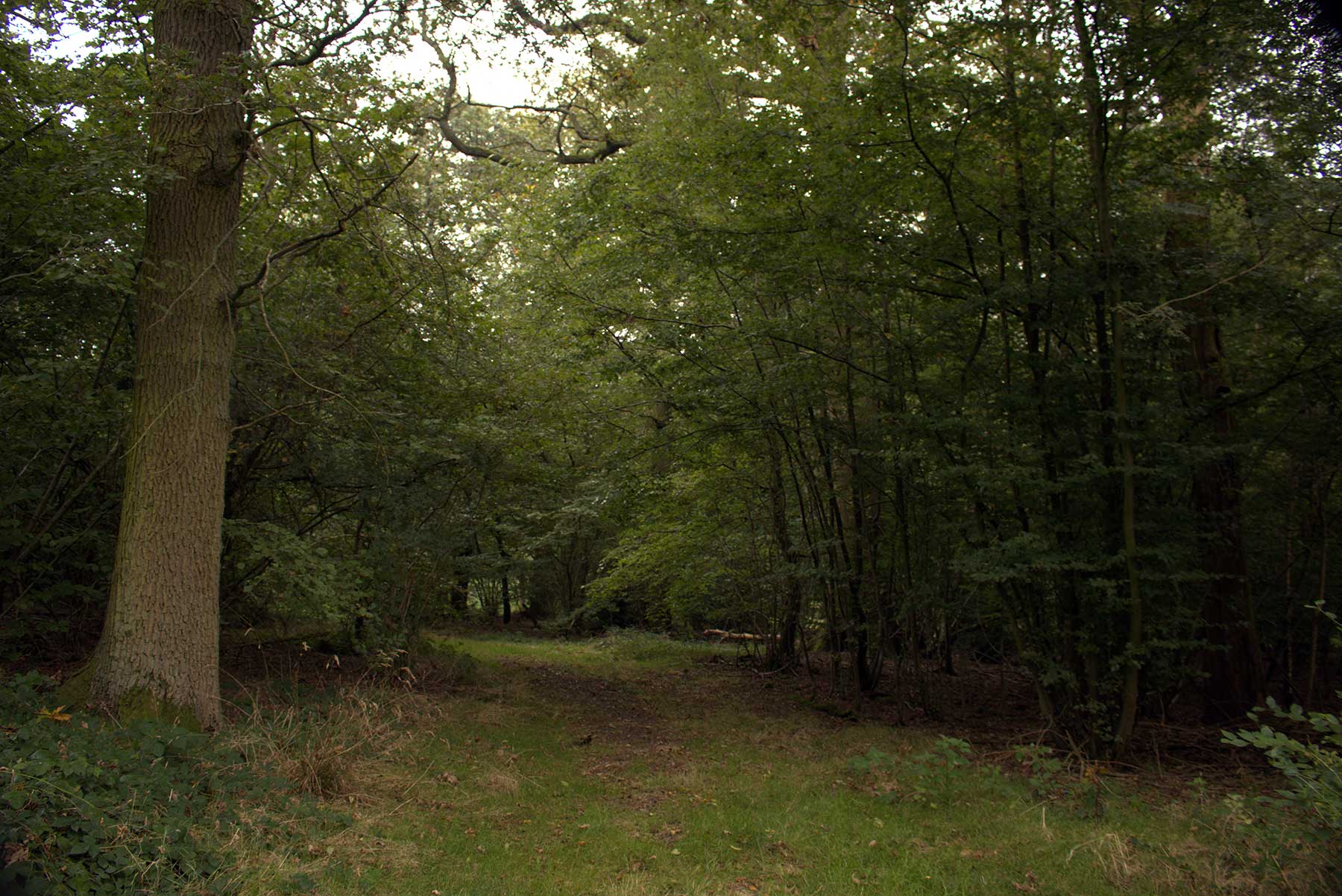 Here are some of the many species we will be working hard to provide better homes for as part of enhancing the natural environment. 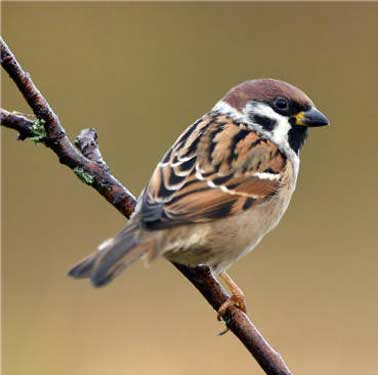 Smaller and rarer than house sparrows, the UK tree sparrow population suffered an estimated 93% decline between 1970 and 2008 and has only slowly begun to grow their numbers. We will continue to work with the Herts Bird Club to support its Tree Sparrow Recovery Project, which seeks to increase numbers and safeguard the future of tree sparrows within Hertfordshire. 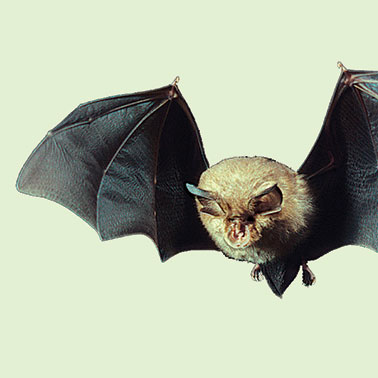 Part of the role of the network of woodland edge and hedgerows will be to provide feeding routes for bats; including some dark zones, protected from light pollution. Any old buildings or older trees on site with the potential for bats to roost will also be protected. 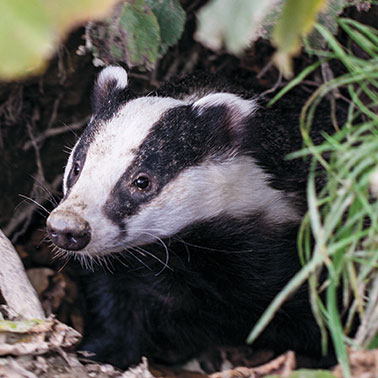 The site and surrounding landscape support a number of badger setts. The proposed network of new woodland, orchard and grassland habitats will link existing woodland habitats that are used by badgers and give them opportunities to create new setts and forage widely across the site’s green spaces. 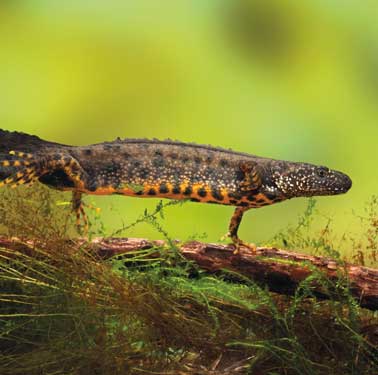 These are an important species, not only because of their rarity but because they represent a healthy ecosystem. A newt strategy will be developed around the existing population, which identifies opportunities to enhance the current ponds and create a network of new ponds, allowing this species to spread from its current location at Coursers Farm throughout the wider site.

Or skip these questions and view: The developing vision >